Over the past 3 years Portland state University has offered a unique class on the emerging Smart Grid and what it will mean for Oregon consumers of energy, how it will affect 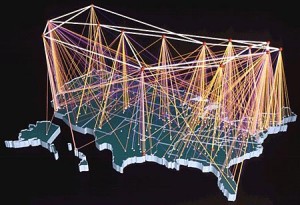 the utilities, the regulators, and what markets, services and products it might stimulate. The course is literally the first of its kind in the country and it tracks this emerging trend as well as following the new technologies in real time. PSU decided to offer this experimental course after being approached by some visionaries at Portland General Electric, including Pamela Morgan (née Lesh), then PGE’s Vice President of regulatory affairs and strategic planning, and Steve Hawke, Senior Vice President for customer service, transmission, and distribution. To accommodate the rapid evolution of this new discipline, Jeff Hammarlund designed the course so that it will integrate current developments  in the Northwest implementation of Smart Grid even as they unfold! The class convenes every Monday in the Urban Center Building from 6:40 – 9:20 PM. _______________________________________________________

It was hard to tell from the assembly of people gathered in front of room 303, who was teaching the class and who was attending. There were lots of familiar faces from the local utilities, from the BPA, energy efficiency consultants, lobbyists, regulators, Intel employees and several veterans of Jeff’s previous Smart Grid classes who were taking the course simply to absorb the updated information.

This year’s iteration of this cutting edge course, Smart Grid and Sustainable Communities,  is being taught by: 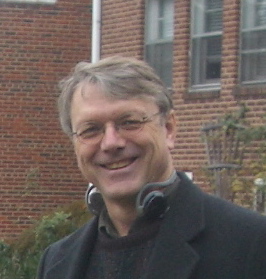 What is Smart Grid?

As might be expected the first order of business was to try to define the amorphous concept loosely referred to as the “Smart Grid”.

Citing the Electric Power Research Institute (EPRI), Jeff Hammarlund reminded us that, “it matters how you define the problem; it can make a difference on the solution you arrive at.” In all, EPRI catalogued over 80 different definitions of the Smart Grid! Two other perspectives, worth calling out included definitions offered by Jesse Burst, the editor of the Smart Grid Newsletter: Smart Grid – the application of digital technology to the electric power infrastructure. Thomas Friedman’s vision of the Smart Grid included the following scenario: 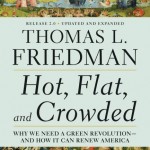 “In the early years of the Energy-Climate Era, we progressed from an Internet thatconnected computers and the World Wide Web that connected content and Web sites…to an Internet of Things: an Energy Internet in which every device – from light switches to air conditioners, to basement boilers, to car batteries and power lines and power stations – incorporated microchips that could inform your utility either directly or through a special device, of the energy level at which it was operating, take instructions from you or your utility as to when it should operate and at what level of power and tell your utility when it wanted to purchase or sell electricity.”

Jeff Hammarlund then offered, if not a definition, then at least a set of characteristics that helped to define a framework within which Smart Grid could be said to be evolving. His definition, like the preceding ones, reflects upon the definer’s perspective – in Jeff’s case, his experience drafting energy policies.

Smart Grid is what it delivers – defining the scope of its potential contributions.

The second part of the class was delivered by Conrad Eustis, a PGE engineer with deep Smart Grid knowledge. Unlike Jeff’s policy driven perspective, Conrad’s “take” on Smart Grid was a more “bottoms-up” definition based on its expected benefits.

He began by considering the different classes of benefits that might be derived from the implementation of Smart Grid technology: 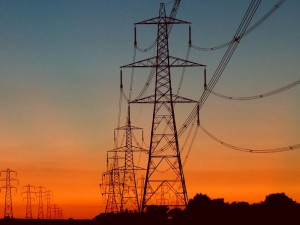 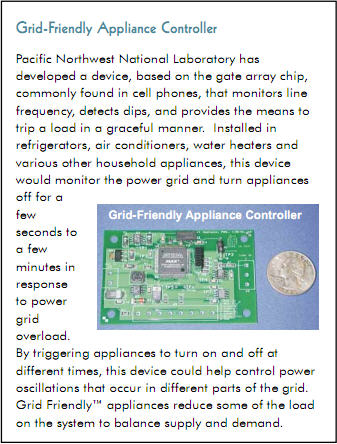 The Smart Grid Oregon Association is one of the first organizations across the nation to bring together representatives from utilities, governmental agencies, energy consultancies, third party service providers, engineering firms, equipment manufacturers, environmental groups, non profit groups and regulators to envision and evolve a common vision for the statewide and regional implementation of the Smart Grid. The association has already convened one conference that attracted local, regional and national experts to address the emerging regulatory, equity and market models upon which regulatory and incentive structures can be erected.

The Portland State University courses devoted to the evolution of Smart Grid implementation represent a unique contribution, and serve to provide a base of educated managers that can participate in the ongoing design of the regional implementation.

The Oregon Public Utility Commission (OPUC) has also been quite active in seeking to lay out a framework through which a comprehensive set of regulatory guidelines can be established that both safeguard the public investment, ensure stable and economic power, even as we begin to rethink the basic underlying concepts involved in the delivery of energy resources across the region.

Having provided a parallel definition of the Smart Grid derived from an engineering perspective (as opposed to a policy-centric viewpoint), Conrad Eustis began to lay the ground work for exploring the structural aspects of a Smart Grid. To do this he began to lay out the fundamental elements of today’s mostly “dumb” grid. 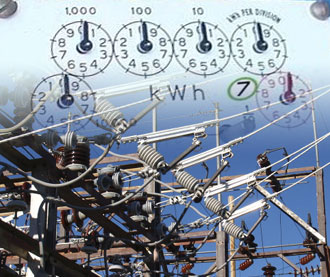 He described the network of Power generation plants that distributed their energy to bulk power distribution hubs, which in turn routed the needed energy to the sub-stations and the neighborhood feeder lines, ultimately arriving at individual residential, commercial and industrial premises. This grid was designed to flow outwards from the generation plants to the end-user consumption nodes. There was/is virtually no ability for the distribution system to track its own performance, and the primary way that utilities learn about outages is from customer calls. Most of the technology in use today has not communication capabilities, either from the consumption point back up the line to the generation source, or from the generator down to the consumer.

Conrad Eustis acknowledged the current fascination with the Smart Grid topic. “Lot’s of people are stepping up to the IT challenges, but there is no shared vision.” Moreover the regulatory approval path is interminably long with some approvals taking more than a year to be granted. Finally, he also acknowledged that with the introduction of AMI 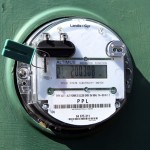 technologies at the consumption end, the amount of data will be increased exponentially making analysis of energy usage patterns even more complex. Finally, he also reiterated the lack of standards and the utility’s preference for using proprietary metrics rather than support standardization. Even when technologies have been adopted, Conrad pointed out it can still take decades to adopt and integrate a new technological standard, such as the DSL technology for transmitting data over phone lines. He expects progress on Smart Grid issues to be equally slow – predicting that it would take further decades to fully implement Smart Grid in the United States. “When you automate you have to do it right” he cautioned.

More fundamentally, Conrad indicated that the utilities are also cognizant that this 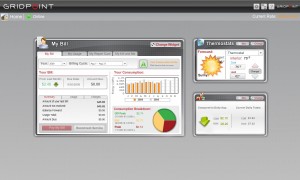 evolution of the energy market will change the basis upon which their business models rest. With the entrance of altogether new players into the mix, as well as increased uncertainty about how this market will segment service delivery there is more than enough anxiety to go around.

Review of the Class structure and readings

Following Conrad’s presentation, the balance of the class was devoted to reviewing how the materials would be broken down into the various class segments. Some of the later classes were reserved to as-yet unannounced topics, as Jeff felt current events would mostly likely generate new material by that time.

The major topics that the class would cover were: