Ten thousand of the best men that ever wore calks could never have done as we did.. 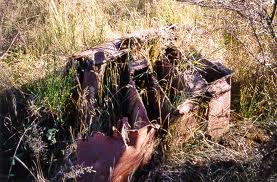 The great Tillamook Burn of 1933 has received a lot of attention, but it is often forgotten that during that same year another fire, the Wolf Creek Fire burned a total of 47,000 acres of timber and reduced Camp McGregor to a heap of smoldering ashes. It is thought that the fire broke out in some unburned slashing on the East-side Logging Company property in the late afternoon of August 24th, 1933. Men and equipment were rushed by train from Vernonia to the scene, but a rapid change of wind direction and an increasing velocity of wind soon caused the fire to jump beyond the firefighter’s lines. The wind rising to gale proportions soon whipped the inferno into a frenzy. During the late afternoon of August 26th, the wind suddenly reversed direction and began to blow at near-hurricane strength – directly threatening Camp McGregor itself. The firefighters rallied and initially thought that they could save the community, but the force of the wind and the fire that it drove before it was unstoppable – especially after a fallen tree broke the pipeline that supplied water to the community.

As the authorities realized that saving Camp McGregor was hopeless they ordered the residents and the CCC crews to evacuate by train. But the CCC boys, being mostly from urban eastern locales, panicked and tried to force the families off the train until it was made clear that there was room enough for everyone. Within one hour the entire Camp was engulfed in flames and burned to the ground – the walkways that connected the houses caught fire like a fuse leading the conflagration from one cabin to the next! The fires didn’t burn out until September 5th when the rains finally arrived.
So when the heat of August begins to fry your pelt, and the humidity drops to dangerously dry conditions remember the “hazy August days” of Oregon’s bygone days…