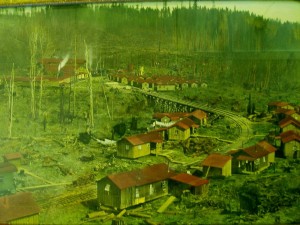 About two miles from Hawkins Road, or 5 miles from the summit the CZ Trail enters a flat plain tucked into a broad bend in the flanking hills. It was at this location that the Clark & Wilson railroad and their logging interests erected Camp Eight to serve as residential area for their loggers. Probably built in 1928, the site became a burgeoning little town because it occupied an open flat area and it was located near a major fork in the railroad. 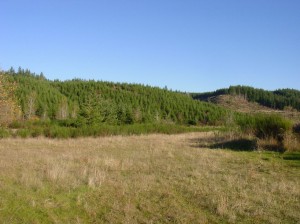 As mentioned above, the Portland & Southwestern spur that climbed the nearby ridge linked it to the Clark & Wilson line that headed west to another major logging camp called Wilark, and eventually it’s own log dump on the Columbia River. Originally, logging companies had housed loggers in railroad cars that were parked near the logging sites. These railroad logging camps were tightly controlled by the company, and workers could only “escape” their quarters from Saturday evening through Sunday—if they could 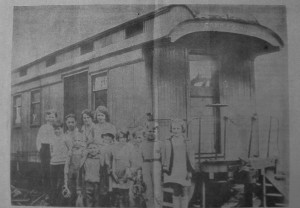 afford the trip to “town.” By the 1920s the companies began to build detached homes where the workers lived in a company owned community and commuted to their work sites on the trains that hauled out the wood. Amenities were scarce as this picture of the railroad-based school for the children of Camp Eight illustrates. By the end of 1931 loggers were earning about $4.00 per day! Grace Brandt Martin, the school mistress at the nearby Wilark Camp in 1931 described the typical accommodations,

“The weather-beaten shack that we are to occupy has never been painted on the outside, just like all the other houses 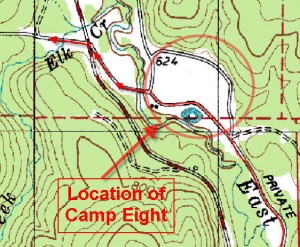 I saw around the camp. In the small Kitchen there is a sink piped for cold water and the only, places for storing things are a few crudely built shelves. The bedroom is about the same size as the kitchen, so there is just enough room for a double bed, dresser, and my wardrobe trunk. No closet, naturally, but a makeshift place to hang clothes has been built in one corner.”