This site explores surveyed and mapped walking routes from Portland to the Coast. The trails and the differing routes are broken into distinct segments and areas from which they originate.

The initial portions of this trail system linking Portland to the Coast are located in Forest Park and to the area directly north of the park – extending all the way North to Rocky Point Road. These trails were amply described in my book, Portland Forest Hikes, published by Timber Press in 2007.

The Salmonberry corridor focuses on those trails originating south of US 26 and roughly following the Salmonberry River to Nehalem Bay. It includes trails in the vicinity of Strassel Road, Timber, Cochran, Gale’s Creek and Roger’s Camp. This Corridor also includes some excellent trails developed by the Tillamook State Forest and located in the Wilson River Valley.

The map below shows the different corridors and the general alignment of the southern route to the coast which will use the now defunct Tillamook Railroad route. 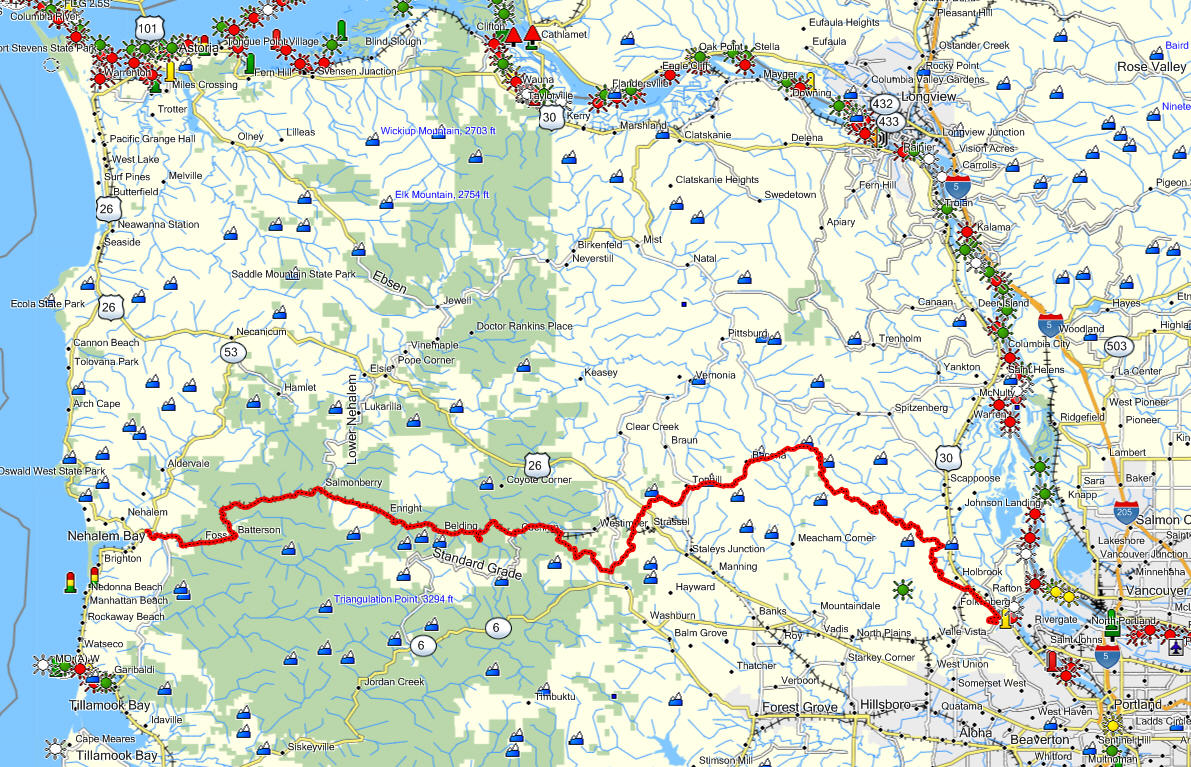